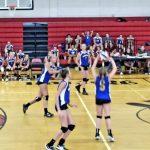 by Heather Peterson Congratulations to our 8th grade volleyball team for a big win over Norton!  Our Comets came ready to play with confidence, hustle and determination.  Game scores were 25-15 and 25-16.  Lexi Dimeff led all scorers with 12 service points.  Brooke Mirka, Maria Church and Emma Gotto added 4 points each.  Ronnie Meinen 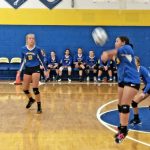 by Heather Peterson Congratulations to both the 7th and 8th grade volleyball teams as they picked up another league win against Streetsboro yesterday. The 8th grade team got things going with a quick first game win 25-7.  Ronnie Meinen served 11 straight service points in game one and added a few nice hits as well.  In 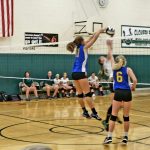 by Heather Peterson Monday afternoon was a great day for some volleyball as both teams came out on top over Cloverleaf! The 7th grade came out strong in game one downing the Colts 25-9.  In game 2, the Comets found themselves trailing Cloverleaf by a score of 22-8.  The girls pushed for a side-out, which 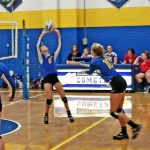 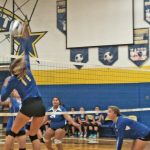 Congratulations to our middle school volleyball teams as they both came away with 2 victories last night over Crestwood and Ravenna. The 7th grade team traveled to Ravenna for their tri-match.  Game play began against an undefeated Crestwood 7th grade team.  Our Comets gave the Red Devils their first loss on the season winning the 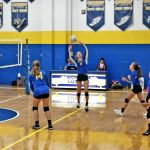 The 7th and 8th graders continued their winning ways as both teams defeated Woodridge yesterday afternoon. The 8th grade team improved their record to 6-0 overall and 3-0 in league play.  The Comets dominated the Bulldogs with their strong serves winning 25-2 and 25-9.  Leading the way was Lexi Dimeff with 13 service points and Ronnie Meinen 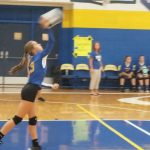 Both the 7th and 8th grade volleyball teams defeated Field last night in their home opener. The 7th grade won in two games:  25-12 and 25-17.  The Comets were led by Sydney Peterson with 12 service points.  Madison Burkhart added 9 service points and RiQuell Grigsby added 6 points.  Aubrey McCracken led the team at the net with 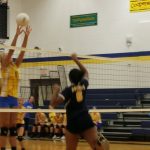 Congratulations to the 7th and 8th grade volleyball teams who both picked up their first league win yesterday against the Streetsboro Rockets. The 8th grade team started off match play winning in 2 games with scores of 25-14 and 25-16.  The team was led by Lexi Dimeff with 11 service points and Mallory Meinen added 8 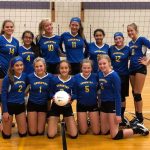 The 8th grade volleyball team began their season playing in the Jackson Early Bird Tournament on Saturday, August 18. They proved that they are a force to be reckoned with! The Comets went 3-0 at the tournament by defeating Tusky Central Catholic, Marlington, and Jackson. The girls worked together and fought hard for each win. 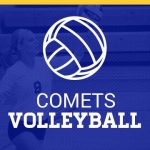