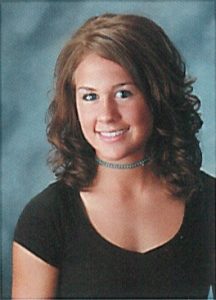 Ashley was a force to be reckoned with during her track and cross country career at Coventry. On the track, she was a state qualifier both her junior and senior year, earning All-Ohio honors her senior year in the 300 hurdles. Ashley also set numerous meet and school records, many of which still stand today. On the cross country course, Ashley earned All-Ohio honors at the state meet her junior year. Ashley continued her track and field career at the University of Akron where she excelled in the 400 hurdles. Currently, Ashley competes in bodybuilding and physique competitions all around the world, has won the Ms. Bikini Olympia competition three years in a row, and has graced the cover of several health and fitness magazines.

Just like his brother, Jim excelled as a 4 sport athlete in his time at Coventry. He was a 4 year letter winner in football & baseball & earned all-conference honors in both sports. He holds the record for the longest kickoff return (109 yds). Jim also earned 3 letters in basketball & 2 letters in track. He was a member of the 880 yard relay team that placed 3rd at the state meet & he placed 4th individually in the 100 yard dash. Jim joined his brother at Hiram, where he earned all-conference honors & was a 4 year letterman in football., all while serving as class president for 3 years. He is a member of the Hiram College Athletic Hall of Fame & taught & coached football at Coventry for 3 years. 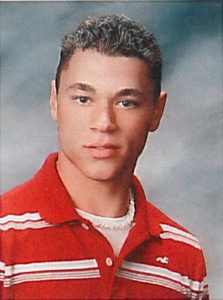 As a 3 sport athlete, Joe’s legacy at Coventry lives on, still holding many of the records he set during his high school career. On the football field, Joe earned PAC-7 Player of the Year, All-District, and All-Ohio honors. He holds school records for most touchdowns in a season (25), most points scored in a season (152), and most rushing yards in a game (350) and season (1,819). Joe also qualified for the state track meet his senior year in the 300 hurdles and holds school records in that event and the 110 hurdles. On the wrestling mat, Joe finished as PAC-7 champion at the 189 lb weight class his senior year. Joe is currently participating in the Peace Corp and is stationed in The Gambia, West Africa.