Doyle was an outstanding wrestler who qualified for the state tournament two times in 1986 and 1987. In 1987, he was the state runner-up at 155 lbs, the All-Ohio League champion and Wrestler of the Year. He also captained the 1987 team to an All-Ohio League Championship and undefeated record. As assistant wrestling head coach alongside Randy Glover, Doyle helped lead the Comets to the 1996 state champion team and 1997 state runner-up team. Doyle currently resides in Coventry with his wife Jenna and four daughters: Chloe, Isabella, Kassie, and Danica.

Liz was a superior student-athlete, serving as class valedictorian while earning 12 varsity letters, 4 each in volleyball, basketball, and track. She qualified for the state track meet 3 years in a row, earning All-Ohio honors her junior and senior years by placing 3rd in the 100 hurdles. Liz was the Conference Player of the Year for 2 years in track, 1 year in volleyball, and was 1st Team All-Conference at least 3 times in every sport. As a Division 1 collegiate volleyball player, Liz excelled at Cleveland State University. Currently, Liz is a 1st year resident in veterinary ophthalmology at the University of Missouri.

As the first 4-year letterman on the Lady Comets basketball team, Cinda helped lay the groundwork for girls basketball players at Coventry. Cinda continued to succeed at the collegiate level. She led the Ashland College women’s team to the small college state title in 1978 and served as assistant coach her senior year. Cinda then went on to become a phys ed teacher and basketball coach in Columbus Public Schools until 2000. She currently lives in Columbus and works in media productions of education materials for Horizons Companies. 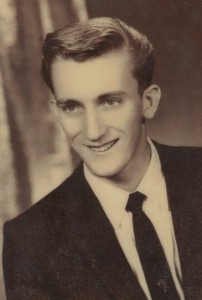 Rudy was an excellent basketball player who was best known for his Globetrotter-like style of play. During his senior season, he led the Comets in assists and helped the team win its first Metro League Championship, a feat that was not repeated for 57 years. Rudy was also a part of the 1957 baseball team that won the Metro League. He is currently retired from McNeil Machine after 30 years as a machinist and continues to reside in the Coventry School District. Rudy still attends Coventry football and basketball games and can be  seen wearing his trademark blue fishing hat.

As a state wrestling placer (5th) and a member of two state championship teams, Chris is best remembered for his time on the mat. His wrestling accomplishments did not stop there, as he has continued to have a huge impact on the sport across the nation. Among many other recognitions, he was the 2010 USA Wrestling Person of the Year, 2012 State Chairperson of the Year, and a 2014 National Wrestling Hall of Fame Inductee. Chris currently resides in Wadsworth with his family, teaching at the Four Cities Educational Compact and serving as an assistant wrestling coach at Lake High School.