The boys soccer team will honor their 3 seniors from the Class of 2021 tonight vs. Streetsboro. The recognition ceremony will take place around 5:40 pm. Congratulations to Christian Becker, Dennis Charnes, and Brock Eder! 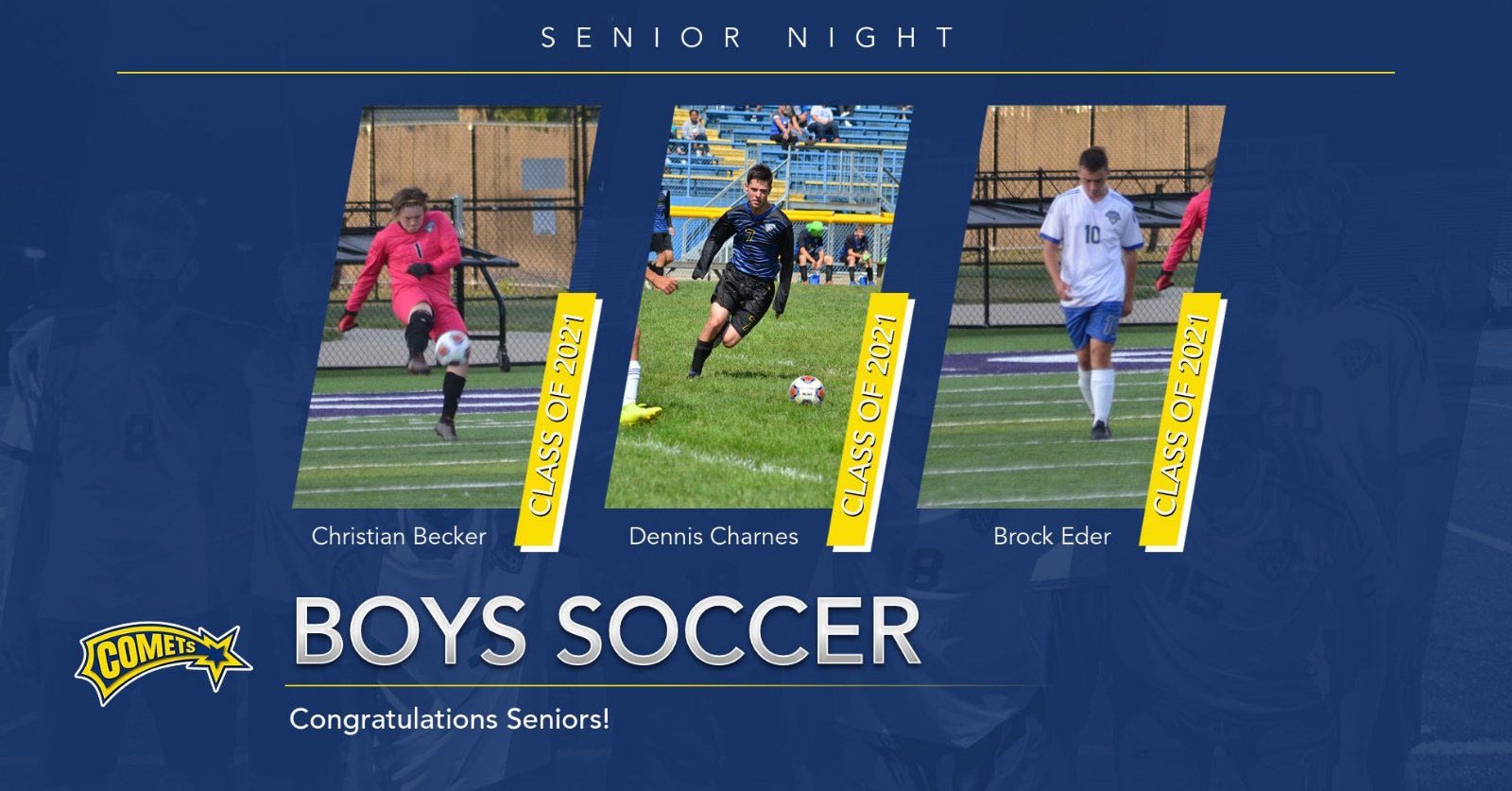 Christian  has played soccer for 11 years and all 4 years of high school and is also in the marching band and on the tennis team. His favorite memory from soccer was king of the hill at Clay’s Park freshman year with Rose throwing us from the top of the float. Christian offers the following advice for underclassmen – “have fun, if you take everything too seriously you’ll miss what’s important.” After graduation, Christian plans on going to the University of Akron to become a band director. He would like to give shout outs to his mom Janice, dad Andy, sister Sarah, girlfriend Becca, David Morisak, and Bobby Johnson.

Dennis has played soccer for 14 years and all 4 years of high school and is also on the track team. Dennis offers the following advice for underclassmen – “put in the work early so it’ll be easier later.” After graduation, Dennis plans on going to college to become a physical therapist but is undecided on where. He would like to give a shout out to his family and close friends.

Brock has played soccer for 12 years and all 4 years of high school. He is also in the National Honor Society, Student Council, Symphonic Winds, Jazz Band, Funk Band, and Marching Band. His favorite memory from soccer was “this season when Coach Zach called me up from centerback and told me to play where ever, just score a goal against Woodridge… and I did!” Brock offers the following advice for underclassmen – “Don’t quit, work harder than you think you can, and be coachable… it only gets better from here!” After graduation, Brock plans on going to college to major in music education with a possible minor in music performance. He would also like to pursue training as a life coach. Brock would like to give a shout out to his parents, siblings, and grandparents who always come to every game to support him and to the best defensive line out there for making soccer a blast to play together.